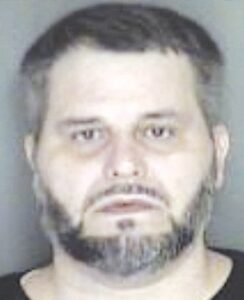 LAPEER — A Davison man has been found guilty in the 2019 crash that claimed the lives of a Marlette pair.

Burns, then 45, was driving a 2005 GMC Envoy north on Lapeer Road in Lapeer County’s Mayfield Township the afternoon of Aug. 25, 2019 when he crossed the centerline and struck a 2012 Harley-Davidson motorcycle head-on.

Brian Stamp, 53, of Marlette, the driver of the motorcycle, and his passenger and girlfriend, Rhonda Mahaffy, 51, of Marlette died at the scene.

The jury deliberated approximately two hours on June 17 before arriving at the verdict in the trial started June 14.

Burns’ bond was revoked and he was remanded into custody at the Lapeer County Jail until sentencing, which is scheduled to occur in August. 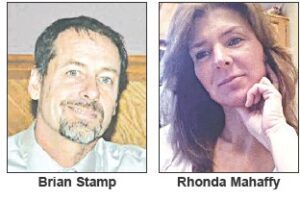 Witnesses to the fatal crash told sheriff’s deputies they observed an erratic driving pattern by the GMC Envoy prior to the collision.

The Envoy crossed the centerline into the southbound lane, striking the motorcycle.

Stamp and Mahaffy, who were wearing helmets, were ejected from the motorcycle.

Stamp was the owner of Brian Stamp Farms, while Mahaffy was employed at Marlette Regional Hospital.