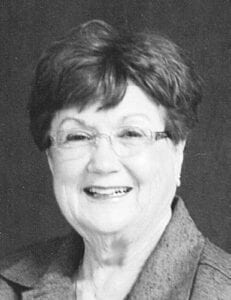 She was born August 25, 1939 in Deckerville, the daughter of the late Earl and Jessie (Simmons) Cameron Sr.

She grew up in Deckerville and graduated from Deckerville High School. On April 22, 1961, she married Eugene Deike. He preceded her in death on December 16, 1994.

Aieleen was a former employee of Midwest Rubber Co. She enjoyed yard work, growing flowers in her garden, and going for walks. She was a member of St. John Lutheran Church, Palms, and a member of the Ladies Aide.

She was preceded in death by one brother, Earl (Skip) Cameron Jr.; and one brother-in-law, Dale Wagester.

Memorials may be given to St. Johns Lutheran Church, Palms.

Condolences may be sent online to www.apseyfuneralhome.net